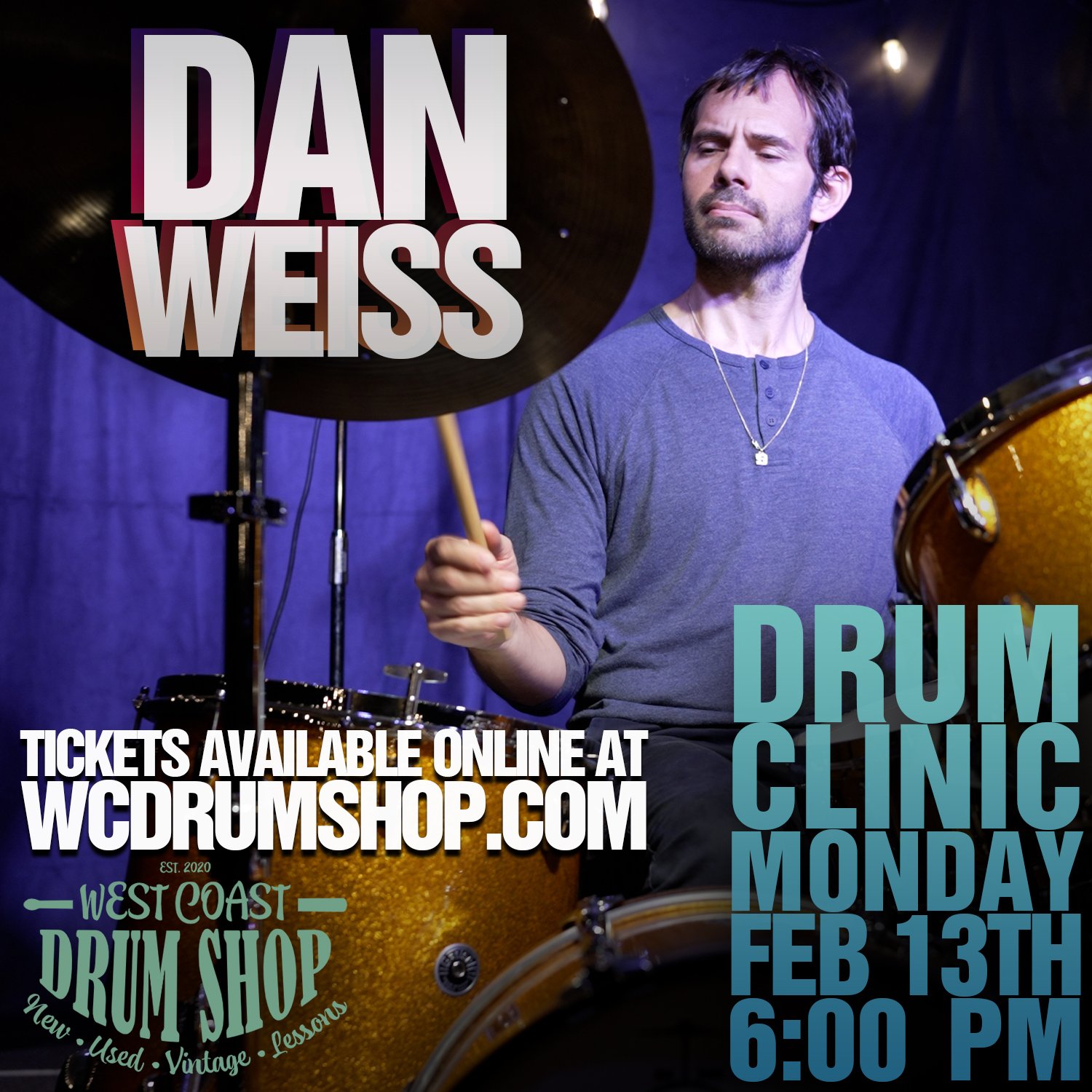 Dan Weiss returns to West Coast Drum Shop on Monday, February 13th at 6:00 PM for another masterful drum clinic. Dan left the audience with their jaws on the floor after the last one, so make sure not to miss out. His creativity, touch, and freedom on the instrument is superb and inspiring to witness.

Please arrive at the shop around 5:45 to check in at the front counter. We will bring everyone to the clinic room when Dan is ready

"Two-time Shifting Foundation Grantee Dan Weiss has been hailed as one of the top five jazz drummers by The New York Times and his large ensemble recording “Fourteen” made their top ten list of the best records of 2014. Weiss’s innovative drumming and forward thinking compositions have been pushing musical limits for decades.

With his trio, which includes Jacob Sacks and Thomas Morgan, he’s released three records ('Now Yes When’, 'Timshel', and ‘Utica Box’ ) which have been critically acclaimed for their unique approach to song structure and endless creative improvisation. This band has toured Europe, the United States, and Puerto Rico.

Weiss also leads a unique sixteen piece large ensemble that features some of NYC’s most gifted musicians including Miguel Zenon and Jen Shyu. The two albums 'Fourteen' (2014) and 'Sixteen: Drummers Suite' (2016) released on the Pi record label have made numerous critic polls.

His latest project 'Starebaby' blends metallic jazz, prog and post rock that melds deep sophistication with visceral impact. The band has been featured in The New York Times, toured the US and Europe, and played the prestigious North Sea Jazz Festival. Starebaby’s second record called ‘Natural Selection’ was released in 2020.

Weiss is currently working on a new trio project (new album in 2022) and a duo project with Miles Okazaki (double vinyl release scheduled for late 2021).

In addition to his musical projects, Weiss is a highly sought-after teacher. He’s currently working on an instructional course and book."